You miiiight have heard that this week Hollywood will take its largest swing ever at the comic book genre with the release of Marvel Studio’s superhero smorgasbord, The Avengers, under the direction of geek god Joss Whedon – who already blew away audiences and genres with Cabin in the Woods just a couple WEEKS ago. Like millions of others I’m excited for the Marvel mash-up, but not just as a fanboy of superhero myth or a worshiper at The Temple That Joss Built, or for the mere fact that this Voltroning of established feature films has never been done before. But because The Avengers will be kicking off 1.) The biggest summer of superheroes to date* and 2.) What could potentially be the most kick-ass year of movies in history.  No, seriously.  Just take a look at the mind-boggling number of movies with I’ll-just-go-ahead-and-call-awesome directors at the helm coming out this year: 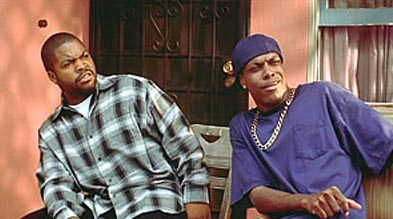 OK, just kidding about that last one, but you get the point. And those are just the films I’m optimistic about! You still have Peter Jackson, Steven Soderbergh, David Cronenberg, Barry Sonnenfeld, Bryan Singer, Baz Luhrmann, Lee Daniels, Rob Reiner, Brad Bird, Ang Lee, STEVEN SPIELBERG and Ms.-First-Woman-To-Win-The-Directing-Oscar-And-Hottie Kathryn Bigelow- all waiting in the final half of 2012 with new stories to share with us.  And by “new” I mean almost all of the directors just listed have adaptations, re-imaginings, or straight-up biography to share.  Regardless, that’s just a list of proven-talent directors; of course we never know what movies will surprise or disappoint us.  But the potential of 2012’s roster sure feels good, just as looking at 2011’s (and then experiencing it) was relatively “meh.”

I’ll personally be weighing 2012’s success against 1996, when movies like Fargo, Independence Day, Twister, Mission: Impossible, The Rock, The Nutty Professor, Romeo + Juliet, Scream, Jerry Maguire, and The Cable Guy had me at the theater almost every week. If even half of this year’s slate is solid, then I may look back at 2012 as a year that eclipsed my precious ‘96 as having the most ridiculously awesome summer of movies in the middle of a great year of film as I’ve ever seen.

Oh, and look back, I shall. If the words “apocalypse” or “Mayans” popped up in your head reading this, I’ll remind you that the supposed 2012 doomsday prophecy people love to menacingly pass around the internet and ignorantly speak of, is COMPLETELY FABRICATED. Sorry.  That’s just my little, unrelated pet peeve and I won’t dwell on it… There’s too much good on the horizon for all film-fans to look forward to. And categorize or separate these movies as you might, as ones that could be “good” versus ones that might just be “cool”, 2012 stands to deliver great memories at the movies. The only upcoming devastation I foresee will be watching the Academy snake around this year’s potential treasure-trove of gems to elevate some whimsical, Boomer-friendly “real art” to Best Pic- safely from the hindsight of 2013.

*If The Avengers dominates the box office as it’s poised to do, I predict in four years we’ll have a summer where (some random grouping of) the X-Men, Avengers AND a hastily scrambled-together Justice League (with Warner Bros actually pulling the trigger this time) will all overload the summer big screen.

What summers or whole years of film were unforgettable to you?

Trailers In The Bagg – April 4th

I love that you highlighted The Rock as one of the best films of 1996.